Irishman Caimh wears many hats. As well as being an author of darkly comic crime thrillers, he is an award-winning writer for TV, a stand-up comedian and 'the voice of London Irish' rugby club.

In TV land, he has written for some of the biggest shows on British telly, including Mock the Week, The Sarah Millican TV Programme and Have I Got News For You. He has also written for children’s TV, receiving a BAFTA nomination for Pet Squad, a cartoon series he created.

His debut novel A Man With One of Those Faces was published September 2016. It's part of the Dublin Trilogy, along with The Day That Never Comes, Last Orders, and the prequel Angels in the Moonlight (yes, there really are four books in this trilogy).

All are fast-paced crime thrillers that are laced with distinctly Irish acerbic wit. 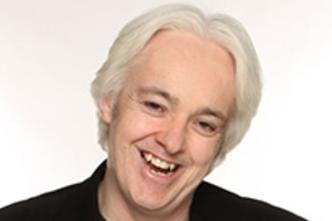